Rumours of An Upcoming Release

Cube World has not been updated for almost two years and lot of people think that the game is abandonned and dead. But recently rumours of an upcoming release of a new version for Cube World have appeared.

The first website, Gamezilla.pl, show a release date for the second trimester 2015 for Cube World as you can see on the screenshot below : 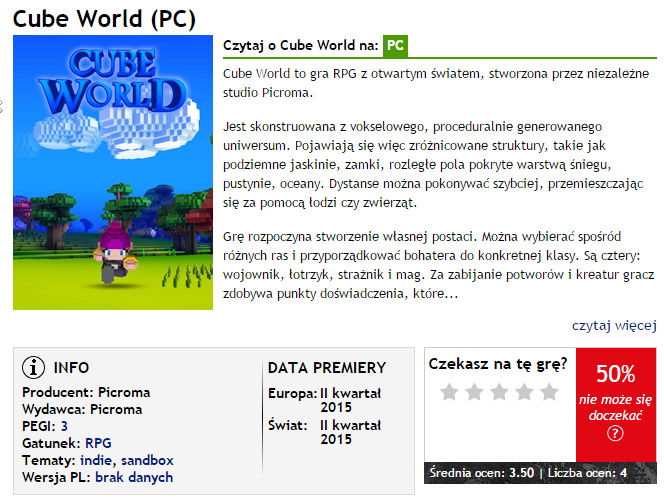 The second website, gamepressure.com, show a release date for July 2015 (two years after the last update) for Cube World : 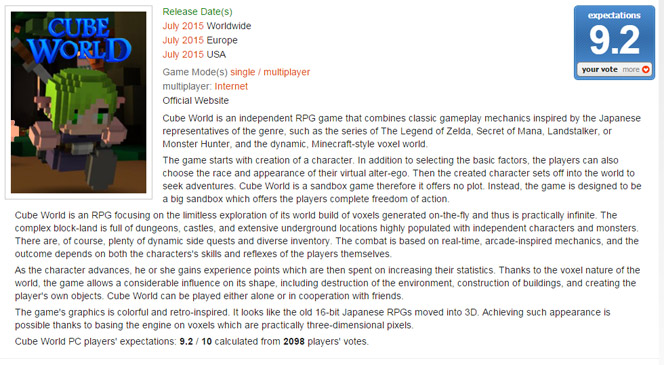 Should we believe this? The problem is that Wollay did not post a single tweet about Cube World since June 2014.

But the good news is that the wait to be fixed about this will not be long. Cross your finger!!